Put Boston's Litigation Team to Work for You
Contact Us Now 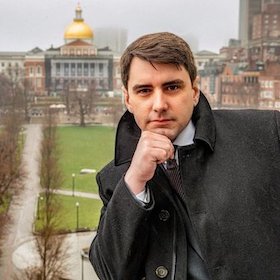 As an active member of the national Criminal Defense Community, Mr. Koufman serves on the Board of the Criminal Law Section of the Federal Bar Association (https://www.fedbar.org/directory/caleb-koufman/).

Prior to attending law school, Mr. Koufman taught at The Landmark High School, where he was a full-time teacher for four years and earned his Master’s Degree in Special Education.

In November of 2022, Mr. Koufman was nominated to the National Trial Lawyers Top 40 Under 40.

Speaking Engagements
Contact Us
Practice Areas
Client Reviews
★★★★★
“Koufman Law Group, LLC retained me as an expert in a medical case. They effectively and thoroughly prepared for trial by, for instance, developing a good working knowledge of the content of my testimony. They also helped me determine the best manner by which I presented my expert testimony, and at trial, they were relaxed but very effective before the jury. “ Peter M.
★★★★★
“I am a medical doctor who has worked with K&F on a number of cases. I am consistently impressed with the K&F team's collaborative approach, with their individual commitment, and with their strong litigation skills.“ Thomas
★★★★★
“Attorney Koufman was able to do the job that two other attorneys couldn't and he got my case dismissed. I highly recommend him. He answered my phone calls and was extremely attentive to my case. He stuck up for me when nobody else would and he didn't let the system trample me.“ Edward
★★★★★
“I received a "Not Guilty" verdict. Everything was just fantastic. Attorney Koufman looked at every single thing. I am very happy about what he did. He's a very good lawyer. He's respectful. The jury was six women and one guy, and they liked him very much.“ Antonio
View More
Submit a Law Firm Client Review